Restored in the 1950's from the rubble of a 17th century hacienda by Italian sculptor, Georgio Belloli, this beautiful estate is a perfect blend of traditional baroque stonework combined with romanesque columns, terraced gardens, colonial Mexican architecture, and finished off with accents of folk art from both Mexico and India. Owned by the Summers family since 1979, Carol and Joan Summers, both artists from California continued the restoration by by adding terraces overlooking the garden, constructing an art studio where they could work, and covered the inner courtyard to keep the torrential summer rains from flooding the lower parts of the house.They brought in stone columns from Michoacan, used traditional building methods adding boveda ceilings, and added several spectacularly carved fireplace mantels all contributing to the antique and historical feeling of the house. Legend has been passed down over the years that this property was used as the Paymaster house. This would be where local residents could bring their rock to be crushed and searched for silver. The paymaster would then payout coins in exchange for ore found in the rock. Two remnants of ancient circular holes remain in the garden - arrastras - where the rock was crushed with a grinding stone turned by mules. One hole has a tunnel passageway leading to the neighbors property. Now sealed up, this was presumably where the crushed rock was transferred for further processing closer to the river. In the 1980's Carol and Joan used the house as their Mexican based art studio, and in 1990 Joan opened the property as a Bed & Breakfast, when it became known as La Casa de Espiritus Alegres. The property follows the natural slope of the hillside with the main house constructed on three levels and has a footprint of 947 square meters (10,193 sf). In typical Mexican style, the buildings are situated on the outer edge of the property surrounding the large garden. The five detached buildings are as follows: Main house - 410 square meters (4,413 sf) Work Studio - 98 square meters (1,000 sf) Bedroom Suite - 31 square meters (333 sf) Small Bedroom - 20 square meters (215 sf) Apartments (2) on separate levels.- 141 square meters (1,518 sf) At the top of the property, near the front entry is enough space to park 4 cars, and on the lower part behind a large wooden gate is an area to park one car. It’s a lovely property with possibilities for a family compound, hotel, or co-operative living space.

Updated on July 20, 2016 at 5:35 pm
COLONIAL MEXICAN ARCHITECTURE WITH ACCENTS OF FOLK ART FROM BOTH MEXICO AND INDIA
PART OF HACIENDA
FUNCTIONING CURRENTLY AS BED AND BREAKFAST 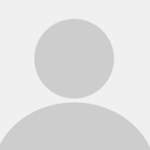 Inquire About This Property